Tales of a Dogsitter: Balls or No Balls? That is the Question 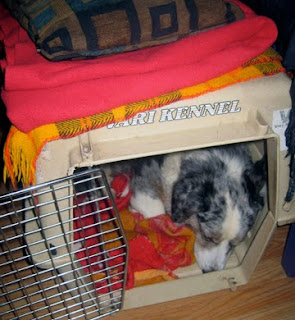 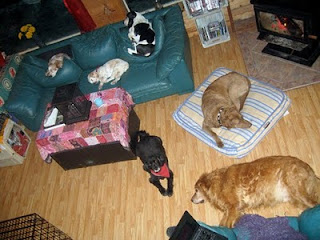 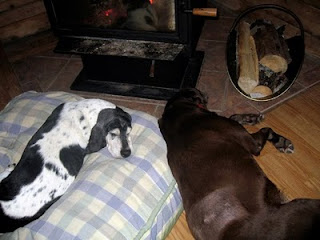 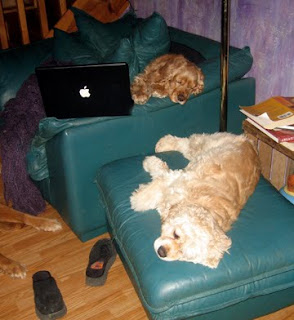 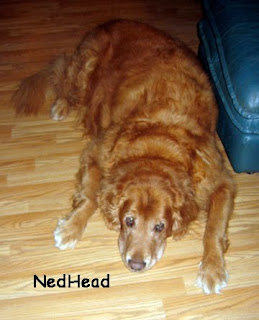 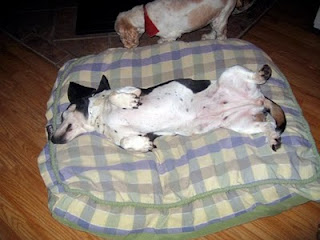 The rule at TBTB Dog Camp is to not accept intact male dogs, but occasionally I make an exception. After all RockDog at 11-months old still has his little testes, but he doesn’t seem to know what that means yet.

Zip Tally has been coming to TBTB for years and I actually forgot that he still had balls. He’s never been a problem; he’s just a short little dog with a big attitude, but gets along great with all the dogs. He is a Corgi so herding is what he’s bred to do. It’s hard for him to keep up with the Labs but nevertheless he always tries to do his job.

I have never seen Zip Tally around another intact adult dog until today when Kodiak, a 120-pound Chesapeake Bay retriever with unbelievable gonads, arrived in camp. Add that to the Dukemesiter, a neutered Rottweiler that thinks he still has balls. Talk about posturing! OMG, no one has attempted to mark a spot in the house, but there is lots of yellow snow outside!

So far Kodiak has tackled Zip Tally to the ground twice with lots of growling and pushing. Zip cannot control his herding instinct and is constantly strutting around with his chest held high and tail up in the air, grumbling under his breath. Of course Kodiak does the same so they are for the most part going in circles until I say in my most intimidating voice: KNOCK IT OFF! And they do. Duke is desperately trying to get in on the action but has not sparked any interest from either one of these studs. It’s funny to watch them outside repeatedly marking over each other’s spots. Where do males get all that urine anyhow?

Duke is only here for daycare and leaves at 5 PM. Interestingly enough once he was out of the picture the other two pretty much settled into being together. In fact after dinner they showed absolutely no interest in each other.

Ned and Sheba also arrived today – two wonderful, older Golden Retrievers that are regulars. Ned likes milk on his kibble along with chicken or fish and of course Yummy Chummies. And, for dessert he gets a bowl of ice cubes that he adores. He could care less about not having balls. NedHead is content to lie by the fire and get his belly scratched. Sheba on the other hand is not impressed at all with the posturing dudes and prefers to lie on her bed in the loft far away from all the action on the first floor. She rolls her eyes in disgust as if to say: “Males! Oh, pleeeease.”

We now have a total of 14 dogs in camp and will be adding one a day until Christmas Day. Everyone gets along great and they follow me everywhere. When I’m going upstairs and look behind me at 14 furry friends, it’s not easy to turn around and get back downstairs. As I write this, I’m looking at a pile of dogs in front of the fire, another pile on the couch pillows and a couple behind my head on the chair, a few more in the hallway, and Zip Tally retired in a crate with the door open. Strutting one’s stuff all day can be quite exhausting!

Oh my, life is definitely good at Tails-By-The-Bay Dog Camp - with or without balls!
Woof! Woof!
Posted by K at 9:41 AM