Tales of a Dogsitter - Little Annie, the Boozer 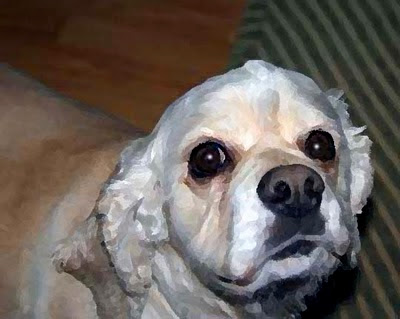 I look at the wall clock and see that it’s 5:30 PM on this snowy evening in Homer Alaska - time to chill out after a busy dog day. There is a glowing fire burning in the woodstove and it’s time to relax and make myself an adult beverage. I am back on the Yin Yang diet so no beer and wine are allowed. Therefore it will have to be the hard stuff, like Rum. The doggies had their dinner and are sleeping by the fire as I mix myself a Bacardi coke with lime, and settle in my favorite chair with a novel. After a while I get up to visit the bathroom and return to the living area and hear: lap, lap, lap! OMG! There she is. . . my precious Annie, with her nose deep in my glass slurping up the Cuba Libre that I have left by the chair.

No, no – you cannot have that silly girl, as I grab the glass from off the floor. She proceeds to lick her lips and sneeze, not one but three times. Serves you right girly, for getting into the booze. She comes over to me and continues to lick the condensation off the floor where the drink had been sitting. Well Ms. Annie, we knew you might be a boozer after the wine episode. You obviously love the dark rum and coke almost as much as the merlot. And, any little nip out of my glass seems to create a perpetual smirk on your face - what is that about? I know you think life is pretty darn good at Tails-by-the-Bay Dog Camp where occasionally there is an abandoned drink on the floor or the night stand just waiting for you to stick your tongue in.

Lap, lap, slurp, slurp, hiccup, sneeze, and , ooops. . . No! Was that a? Surely not, but oh yes!. . . a FART? Not necessarily in that order! Who knew this adorable California wiggle butt could be such a lush? Ms. Annie girl, you are a hoot!

Tales of a Dogsitter – Preparation H or Witch Hazel? 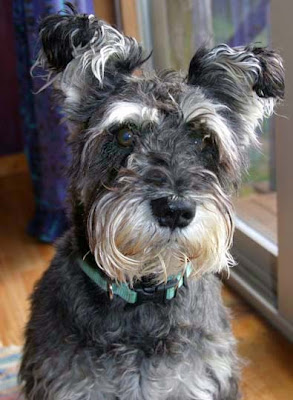 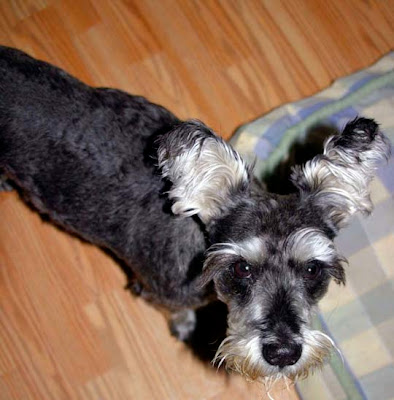 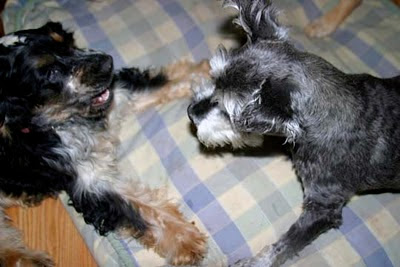 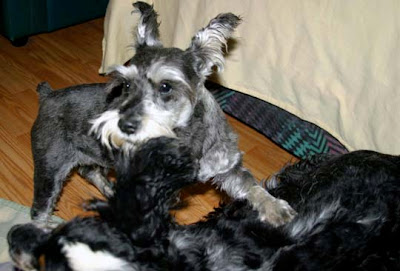 “Witch hazel helps to shrink and contract blood vessels back to normal size, hence its use as the active ingredient in many Hemorrhoid medications.”

I have to preference this with a story about an earlier email I received. I mentioned to my friend in Sedona that my next chronicle was going to be about hemorrhoid maintenance. She emailed me that when she saw the chronicle “Tightass” she was sure I was referring to having to insert hemorrhoid meds into the butt of a client dog. It wasn’t until she started reading “tightass” that she realized it was a totally unrelated story. When I read her email describing her first impression I was laughing so hard that my roommate even asked me what was so funny. You are a hoot, KK. Thanks for making me laugh so hard. And now. . . for the rest of the story, the hemorrhoid one that is. . . . Incidentally, no insertion was necessary. ☺

Winston, an adorable mini-schnauzer was dropped off at Tails-by-the-Bay for a long weekend stay. Packed in his overnight bag along with his special diet of chicken, rice & peas and with his gourmet cereal treats, I noticed a bottle of witch hazel with cotton balls. Hmmm. . . interesting.

The owners explained that Winston had recently been taken to the vet for a little problem he was having, and they were advised to use witch hazel or Preparation H on cotton balls. They opted to try the witch hazel treatment first. Ahhh, so he has a hemorrhoid? Something like that, they said.

They politely asked if I could monitor this hemorrhoid and maybe, just maybe. . . . if I didn’t mind, . . could I put some witch hazel on the hemorrhoid a couple times a day??? Well sure, I mean -- why not? We aim to please here at TBTB. Tell me what exactly needs to be done?

They said Winston didn’t mind the treatment at all; in fact he really liked the extra attention. All I had to do was soak the cotton ball with the witch hazel and then rub it directly onto his anus. Ah, really? Supposedly that would make him strain a little and the hemmoride would pop right out, making it easy to massage. Well, OK, sounds easy enough.

I didn’t know quite what to expect from Winston, but I put him on the table before bed, got out the witch hazel, soaked a cotton ball and started the process by lifting his stubby little tail and applying it to the area in question. No problem, so far so good. He didn’t move away, he patiently waited as I completed the task and even strained a little. I couldn’t see anything but apparently what I was doing worked. Over the next few days Winston and I practiced hemorrhoid maintenance at least twice a day. The parents were right, he did like it and it was no problem at all. I'm sure he even told them he truly enjoyed the extra Winnie attention!

After Winston went home, I had to laugh because I knew this was another tale for the dogsitter. Never a dull moment at TBTB Dog Camp, but definitely some challenging ones! It’s all about learning “the way of the dog.”