Tails of a Dogsitter – Hair Balls? 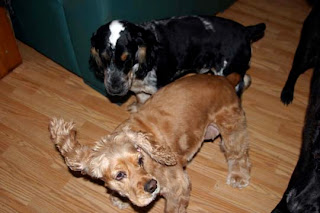 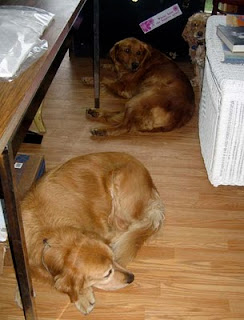 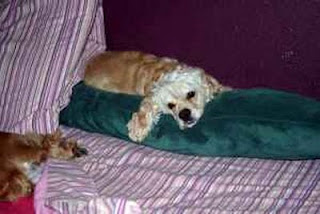 Dogs that come to Tails-By-The-Bay Dog Camp are free to be. They are allowed on the furniture, in the bed, on the deck, in my studio – whatever makes them happy. We aim to please here. I often work in my art studio accompanied by as many as 15 dogs at times. They are happy just to be with me and often lie around sleeping as I work on my photography prints.

I have an archival printer that allows me to print large images for my clients. Lately I have had an ink smudge on the corner and down the middle of the prints. It looks similar to a roller mark and I can’t for the life of me figure out where it’s coming from. I have wasted so much paper trying to switch the settings to see if it makes a difference. Nada. With Q-Tips and alcohol I have cleaned every roller I can find, especially the ones that line up with where the smudge comes out on the paper. I have also done the automatic cleaning through the computer process that takes mucho ink to complete. Short of taking the printer apart piece by piece, I have tried everything I can think of and nothing has worked. The smudge is still there.

Consequently, I can’t get the work out. I have client projects lined up and it’s either find a computer maintenance shop that will look at it, or bite the bullet and buy another printer at the tune of 1K+. There aren’t a lot of options in Homer, and usually tech people tell you it will be more expensive to fix it than replace it. Well, I called Radio Shack and that’s exactly what they told me until I explained it was an archival, large format printer with a replacement cost of at least a grand. Having said that he agreed to have a look at it for $65/hour.

After a few days I called to check on the progress only to find he had just gotten to it. I explained that I had work to do and needed to know as soon as possible if it was fixable, or if I had to order a replacement. Not a problem, he assured me. He would call me later with a diagnosis. Much to my surprise he called back a few hours later to say it was ready for pickup and if I hurried, I could pick it up before they closed at 6PM.

He explained how he had pulled a large ball of hair out of it, and “it wasn’t human”, he added.

OMG, I burst out laughing, asking him if he knew what I did for a living? He hesitated and then responded with “other than making photographic prints? No”.

Yes indeed a large hairball had been imbedded on one of the rollers causing a huge smear on my work. Why is that not a surprise? Maybe I will have to start vacuuming the printer just like I do the floors -- at least twice a day! You just never know where the “essence of the dog” is going to turn up at Tails-By-The-Bay Dog Camp.

And, the good news? For less than $100 I got my printer up and running again and I don’t have to buy that new one after all. Even with hairballs. I still love my job! It keeps me smiling. ☺
Posted by K at 9:10 AM